The store will not work correctly in the case when cookies are disabled.
Main categories
Others
Language
English

The traditional company doppler can look back on a success story of more than 75 years, which was made possible by the courage, diligence and optimism of all participating generations of employees and the owner family.
The more than seven decades between the founding and the present have been marked by many changes.
But one thing is and always remains the same: The commitment to the highest quality as well as the commitment to cooperation between management, employees, customers and business partners.

In 1946, Ernst Doppler founded the company doppler in Braunau with a handful of employees. He also ran a branch store in Salzburg. It was already the ambitious businessman's second courageous decision. After the turmoil of the Second World War, the Doppler family had to flee the Sudetenland and leave behind the company that Ernst Doppler had taken over and built up with great passion in what is now the Czech Republic. Ernst Doppler started again from scratch in Braunau and was able to make a good name for himself in the umbrella market with keen intuition, experience, diligence and great optimism.

In 1952 daughter Renate Doppler joined the company. She proved to be a true keeper of the umbrella tradition and initiated the later expansion in Braunau.

In 1959, her husband Hermann Würflingsdobler sen. joined her. Full of motivation, the two, together with ten employees, continued to drive the production and sale of umbrellas. The growth rates increased annually, whereby the market at that time was limited purely to Austria.

The company headquarters in Braunau were expanded throughout the 1960s. With new machines and now 50 employees, 800 umbrellas were produced per day at the time. The product portfolio has been continuously and strategically expanded – in 1962 with garden umbrellas and in 1970 with pads. 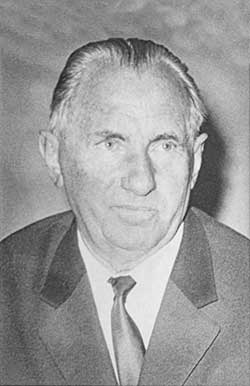 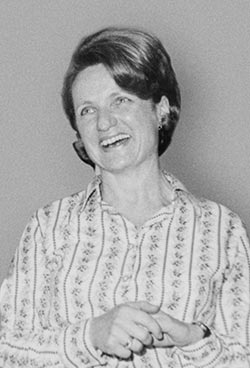 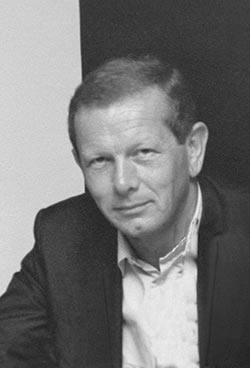 The next generation takes over

In 1988, the great internationalisation of doppler began. Subsidiaries in Eastern Europe and Asia were quickly and successfully established.

In 1990, the trade in garden furniture was added. The numberof employees increased from 140 to 180. To be able tokeep up with the growth and technical developments, a large new construction was built in 1999.

The purchase of the Knirps brand together with a Swiss partner in 2005 was another important step in the company's history.

Meanwhile, the great-grandchildren of the company founder joined the company. Martin Würflingsdobler and Ulrike Kinder are the fourth generation of the family.

Continuous investment is made in the optimisation of production, storage, the supply chain and the digital future. Following the large extension to the company headquarters, the doppler Group currently has 360 employees worldwide, 200 of them at its main location in Braunau. Each individual contributes with his/her commitment to the doppler success story.